The Parent Trap – Where Are They Now? 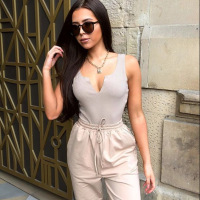 It’s getting close to Christmas, so we all know what that means…winter nights spent in watching your fave movies! Looking for night in movie ideas? When it comes to throwback films, one of our ultimate picks has to be “The Parent Trap”.

This July “The Parent Trap” turned twenty, feel old yet?! Read on to check in on the cast and see what they’ve been doing since the film came out way back in ’98. How cute was Lindsay back in the day? She played long-lost twins Annie and Hallie, with her body double played by Erin Mackey. The movie sees the twins meet for the first time when they accidentally reunite at a summer camp. They then decide to swap lives in a crazy plan to get their divorced parents to get back together! Lindsay went on to score some huge roles in some of your favourite flicks, like “Mean Girls”, “Freaky Friday” and “Just My Luck”. Like most child stars however, she was often in the spotlight for the wrong reason.

Recently Lindsay has been working on coming back onto our screens, but this time onto a TV screen! Since taking a step down from acting, she’s been working to open beach clubs across Europe and landed an MTV reality show following the running of Lohan’s in Mykonos. Remember Hallie’s dad, Nick? He was played by Dennis Quaid. Since TPT, he was seen in some big titles like “Footloose” and “The Day After Tomorrow”. He also is the main man in his band, Dennis Quaid and the Sharks. Annie’s mum Natasha was total goals. She went on to have major roles in classic chick flicks like “Maid in Manhattan” and “Wild Child” where she played Mrs. Kingsley.

She sadly passed away suddenly in March 2009 after an accidental head injury during a ski trip. Elaine played Meredith Blake, Hallie’s step-mum to be. One of the most memorable moments in the film was the twins pranking her by putting a lizard on her water bottle. We still remember it today- funny AF!

Since starring in TPT, she’s been in a few movies and TV shows, but has kept a fairly low profile. We ❤ Lisa Ann Walter’s character Chessy, she was adorable and totally like one of the fam. She always said what we were all thinking and was convinced that Meredith was only after Nick’s money! Recognise her? She also had a role in “Bruce Almighty”, another night in movie that we love. Simon played Elizabeth’s butler Martin, he was super sweet and melted all of our hearts by proposing to Chessy at the end of the movie. Did you know that the secret handshake with Annie took them an hour to learn?!

Since TPT, he’s been seen here in the UK on classic series like “Sherlock” and even Corrie! So now we’ve totally inspired your weekend plans, grab some snacks and your comfiest PJs and get this film on ASAP!